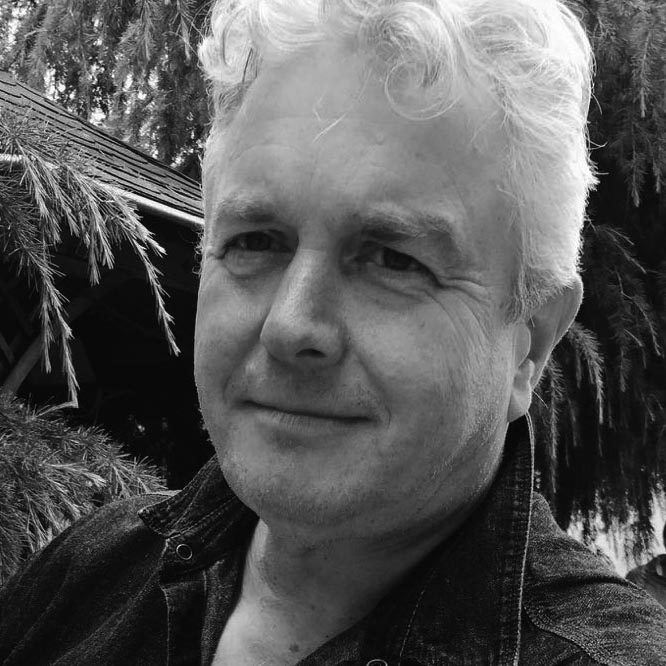 With over 35 years experience Nigel has a wealth of knowledege in both construction and design. As well as Studio loci he has been the principal figure for Landscape design consultants (LDC) since its inception in 1983 project managing, designing and building numerous schemes on both macro and micro scale. His characteristic ‘hands-on’ approach through all stages of the creative process and implementation phase have determined high standards of achievement culminating in multiple award winning schemes over the years.

Outside of work Nigel is particularly interested in nature conservation, ornithology and art. In the late 1970’s he developed a reputation as a wildlife artist. This love of art continues today often exhibiting his artwork locally. Alongside this he is also a keen sportsman and has participated at club level in rugby, squash and badminton.

Rick is a co-founder of Studio Loci and a Chartered Landscape Architect and Masterplanner specialising in urban design. He has an exceptional record of transformative placemaking attracting national and international awards.

Over the last 35 years, Rick has played a principle role in leading major design projects throughout the world with an emphasis on the urban condition. Rick’s distinction lies in the fusion of art, architecture and ecology.

Much of Rick’s work has involved community development, city regeneration, post-conflict rebuilding, spatial hierarchies, mobility and connectivity. His projects have had a positive impact on the communities they have touched and without exception contributed to the enrichment of the built environment. Rick’s advocacy of public participation was at the forefront of his time spent in the Balkans and Eastern Europe where he helped rebuild urban areas affected by conflict, restoring confidence and instilling motivation for change.

During the 1980’s and 90’s Rick was at the forefront of UK contemporary urbanism set within the public realm bringing innovation and a cultural shift to the regeneration of the London Docklands. During the 1990’s Rick lectured at Greenwich University. He has sat on various design review boards for institutions and public authorities throughout his professional career. Over the years Rick has been widely published by the Architectural Press.

Latterly, Rick has forged new experiences in the art and cultural sector. He is a formative influence and prime mover of two creative hubs based in Donetsk and Kiev, Ukraine where he is a board member and design advisor to the Izolyatsia Foundation since its inception in 2010. The initiative involves the progressive development of local economies through an aggregation of artisan start-ups. Rick continues to work across a diverse range of disciplines from architecture to art, from product design to landscape, often in close collaboration with skilled craftsmen and the artisan community.

Rick brings his diverse and extensive exprience to the day to day running of Studio Loci as design champion providing, advocacy, quality control, leadership and substantial conceptual impetus. Currently Rick is involved in projects in Amsterdam and France.

Rick’s passion for design stems from his global love of the arts. His extensive travels have led him to participate and engage with a wide range of local community based schemes. Alongside this he is also a keen mountaineer and outdoor adventurer.

With over 8 years of experience as a Landscape Architect Alex has worked on a diverse range of projects and award winning schemes across Europe with particular emphasis on incorporating sustainability and SUDS within the urban enviroment. This included involvement on 'The Triangle' in Swindon, a landscape which successfully established community interaction and encouraged self sustainability.

Latterly, Alex along with Nigel, Rick and Tom, was part of the award winning 'The Mind's Eye' garden at the Chelsea Flower Show 2014. He is also the principal landscape architect for the ongoing RNIB redhill housing development which was subsequently shortlisted for the Housing Design Awards 2016.

As project Landscape Architect, Alex coordinates the design and detail of projects as well as bringing exceptional technical expertise. His creative passion for connecting nature and people is reflected through all aspects of the wider team.

Outside the practice Alex enjoys life as a rugby player and keen outdoor enthusiast.

Tom has over ten years of experience within the construction industry bringing with him a substantial pratical knowledge, eye for detail and an ecologically driven mindset. This was reflected during his sophomore year at university helping design and deliver the award winning Chelsea Garden Flower show 'The Mind's Eye' alongside Alex, Nigel and Rick. Tom is currently involved in the strategic landscape design of a number of housing developments across the UK.

Tom's creative ambition is nutured by a healthy obsession for outdoor pursuits where day to day he is inspired by the visual canvas offered by landscape and nature. Surfing, Snowboarding and photography are among a few of his hobbies that have provided the opportunity to travel, explore and capture these canvases.